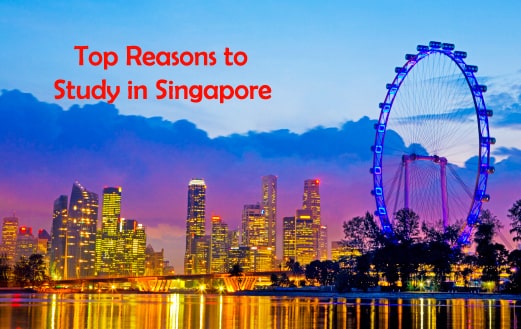 Though Singapore may be small in size, the country boasts of a booming and stable economy, aided by a lot of foreign investments and skilled workforce. Singapore offers its students endless career opportunities and Southeast Asia is increasingly becoming a destination for students from India because of its top-notch education curriculum.

This scheme was introduced by the Singapore government for all international (non-Singaporean) students as a way to make the cost of tuition affordable. If you’re an international student pursuing a full-time undergraduate/ diploma course, the government would subsidize your course fee, if you choose to sign an agreement where you commit to working in the country for at least 3 years after graduation. This is profitable for students as employability is taken care of.

The Weather in Singapore will sing to you

Becoming a Republic in 1965, it consists of about 63 islands in a beautiful geographical setup with a tropical rainforest climate, uniform temperature, and abundant rainfall. Singapore has extremely amazing sea weather. With lots of sunshine and random rainfall, Singapore weather is bound to keep you in a good mood all year, unlike the sticky summers and bone-chilling winters in India.

And Singapore is perfectly close to scenic places!

Singapore is near Thailand, Malaysia, Vietnam and Cambodia allowing an easy trip via train, plane or boat. A five-hour flight separates Singapore from India, making it an easy commute. The most striking feature of this country that makes it a destination for international students is its location in South-East Asia.

The best thing about studying in Singapore is its proximity to India which reduces the expenses incurred in this country as compared to major destinations. The average monthly cost of living in Singapore is around S$750 to S$2,000 which is lower than the countries like the USA, UK, Canada, and Australia.

You can balance out your costs if you plan your expenses wisely, like get a temporary job or use public transport.

The education system is Excellent!

The National University of Singapore (NUS) and Nanyang Technological University (NTU) rank 11 and 15 respectively on the QS World University Rankings 2018. Because it is extremely business-friendly country, Singapore is known for its exceptional business degrees. Singapore’s increasing popularity as a business & education hub has attracted a lot of foreign universities of repute to set up their campuses here. S.P. Jain School of Global Management, ESSEC Business School, Queen Margaret University are a few foreign players who have set up base in this country

Singapore is a Global Business Hub

Ranked by the World Bank in 2016 as the easiest country to do business with, Singapore continues to attract investors and companies thanks to its “business-friendly” nature. Because of such a bubbling economic presence, employment shouldn’t be a concern for students, since they will be offered a host of places to choose from if they are meritorious.

You will not feel alienated, or alone, in Singapore as you will see a lot of Asian faces. In fact, a lot of Indians work in MNCs in Singapore. Singapore’s multicultural society is composed of four major ethnic groups: the Chinese, Malays, Indians and smaller minority groups. The variety of religions is a direct reflection of the diversity of races living here. Singapore’s principal religions are Buddhism, Islam, Hinduism, and Christianity.

It is safe, clean and GREEN!

Singapore has been named as Garden City because the streets are lined with trees. The city is very clean and has very strict punishments for people who litter around ((a fine of SGD 1000 if you litter for the first time and a fine of SGD 5000 if you repeat the offence)

We don’t think we need any more reasons to consider Singapore!