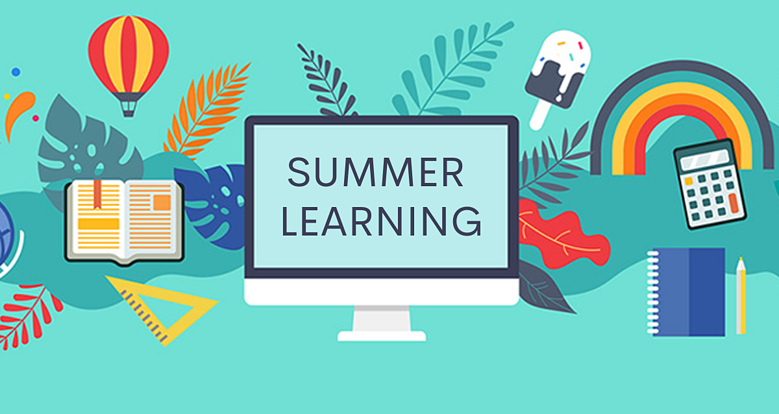 I found out that social sciences intrigue me but there were so many other subjects unexplored that were not available at the high school level. I had a whole unplanned summer coming and I wanted to spend it efficiently. Thus, on guidance by Aditi ma’am, I decided to attend certain summer schools which exposed me to numerous academic programs. After going through many options, I decided to attend the Aspire India Scholar Program at O.P Jindal University and Warwick Delhi Summer School. Overall, it was an exhilarating experience to be part of these summer programs. However, there was a challenging admission process in which I got help from the PPRO EED team and was able to enrol myself successfully!

Being a part of this two weeks residential program, helped me to inculcate numerous skills and enhance my knowledge about banking, economics, law, foreign languages, arts, digital media etc. It also aided me to make an informed choice about which course I must pursue in the future i.e., Economics.
The activities and workshops helped me to apply the knowledge practically and put my skills to use. They were quite engrossing and at the same time provided a new learning experience. Being a part of “power walk” helped me to empathise the experiences of the marginalised groups. In the media and communication module, we learnt the basics of mobile film making and news gathering via practical exercises using our own phones. In addition, I also got a chance to do mural painting on a 4/7 ft wood panel in a team which enhanced my creative and teamwork skills. One of the most interesting activities was when we had to analyse different currencies and talk about their distinct notable features. 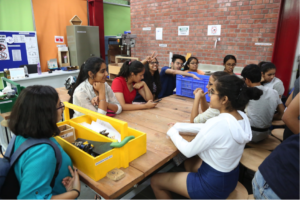 In addition, there were multiple excursions to fill the experience with zest and to attain additional knowledge. There was a village study tour in which we were divided into numerous groups and had to interact with the villagers to know about the problems faced by them. Then, we had to sit together in our group and come across certain solutions that can be implemented. The second excursion was to the Dawaat rice mill in which we observed the various steps that constituted the manufacturing of rice. Furthermore, a cultural excursion was organised to Chokhi Dhani which was quite mesmerizing. 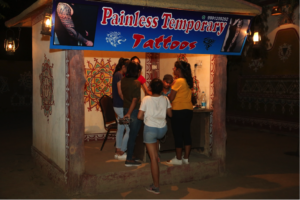 I also got an opportunity to interact with some young leaders from diverse fields like artificial intelligence, blockchains, woodwork, entrepreneurship and sustainability. This was quite intriguing as it helped me to increase my creativity and think out of the box.
Meeting new people and making acquaintances gave a boost to my social development. There were people from different states who exposed me to various lifestyles and cultures that were followed by them. I strongly believe that attending this program prepared me for the highly competitive admission process for higher education. 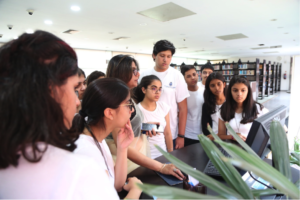 Delhi Warwick Summer School lasted for only four days but it helped me to look at the world through a completely distinct vision. The course included an introduction to Economics with Finance which was taught by the Dean and Professor of the University of Warwick, Mr. Abhinay Muthoo. This summer school experience was exhilarating. It was laced with zest and blended education with a range of personal development sessions that greatly augmented my personality and professional skills. One of my most favourite parts of this program was preparing a political campaign in teams within an hour. The overall course greatly increased my interest in Economics and transformed my perception about how to look at and analyze various issues. 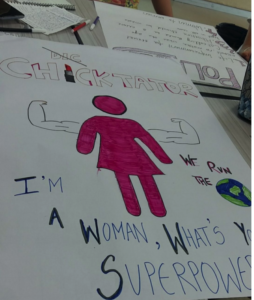 Points to reflect on-
1. There is more to summers than a vacation on beaches and mountains.
2. Summer schools will definitely compose some of the best experiences of your life.
3. They will also boost your profile.
4. Don’t randomly enroll in the first program you come across on the internet.
5. Seek help if you’re not able to do it on your own.
6. I would recommend the PPRO EED mentorship program based on my experience.

This blog has been contributed by Tanveen Kaur, a  student of K.R. Mangalam World School, Gurgaon.