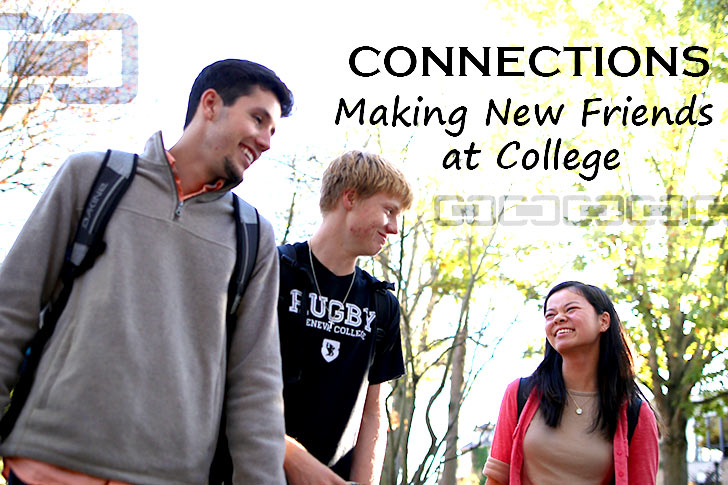 Hi everyone! My name is Yaashna and I recently completed my first year of college at NYU! It’s been an extremely exciting endeavor, but somewhat intimidating at the start. If you’re still in college and anxious about what it’s like as an international student abroad, surrounded by completely new people and immersed in a culture you barely know, let me help you out! Welcome to my series ‘The First Year Experience’ which covers everything that you need to know before going for your first year abroad.

Perhaps one of the most crucial things in going abroad is making sure you have a steady group of friends. A school like NYU made this particularly hard. We are a university of more than 50,000 students, so it’s very rare to run into people you spoke to unless you make a conscious effort to get their information. Unfortunately, our buildings and classrooms are spread all over the city, including Manhattan and Brooklyn, so we never really had a close-knit community. A lot of students are thus unable to form friendships, especially in the first two weeks. But though it might be hard, it’s not impossible!

Making friends starts even before you head to college, thanks to social media. When I first got in, we had tons of WhatsApp, Instagram and Snapchat groups. It can get a bit overwhelming managing all these platforms at once, at least it was for me. But I know a lot of people who were constantly on zoom calls and made a pretty solid friend group before even meeting each other. But not everyone is like that and it doesn’t mean you’re behind on making friends. Something that helped me was to add as many people as I could on Instagram. Almost everyone has their college name and year in their bio, so make use of that and add them. I’ve made friends simply by replying to people’s Instagram stories.

One of the most important tips I have is to make sure to go to the events that your college organizes. The majority of the colleges have something called Welcome Week, it’s usually held in the first week and has numerous events which are free for students to attend. Go to them! Even if you’re alone! I met one of my best friends at a random Disney trivia event. You will most likely make friends at the most unusual times, so don’t give up any opportunity. Sometimes it feels like everyone already has their friend group set in stone, but I promise you that is not true at all. Everyone here is new and eager to make friends and you’re not alone in this! Most of the people who seemed like best friends in the first week don’t even talk anymore. Meeting people, especially in a big college is the easiest part. I spoke to so many people in my first month, but I don’t even remember their names now. If you meet somebody you like, make the effort to get their Instagram or phone number or something!

I think one of my biggest mistakes of mine was thinking that I’ll be best friends with my roommate. I had this vision that since we’re both new, we’ll be best friends and go out to eat together and attend events and whatnot. Unfortunately, this illusion was shattered on the first day. Don’t expect your roommate to be friends with you! You might not even like each other, and that’s okay! Don’t expect to get along with everyone. You are going to have different ideals and values from some people, and that’s okay too!

The bottom line is if you plan to go to a big college be prepared to make an effort. It’s not like school, where you make friends simply because you’re around them on a daily basis. College is a whole different ball game, with lecture halls of more than 200 people, it can be hard to even sit next to the same person again. It seems intimidating but I promise the majority of the people are nice and willing to talk to new people. Everyone is in the same boat, and it’s just a matter of initiation and a little bit of courage.

This blog has been contributed by Yaashna Gupta, an alumna of PPRO EED and now a student of New York University.